#ukrainianvibes in the ASA programm

Since April 2022, the four ASA participants Anna, Katharina, Olha and Nele are engaging in the joint project of Democracy International, Change Communications and National Ecological Centre of Ukraine (NECU) Ukrainian Vibes for strengthening democratic participation. Under the European dome they are providing a platform to discuss topics of sustainability, peace and freedom within the European Union and Ukraine. Since the beginning of the war, the project gained even more relevance. In the interview, the participants talk about their experiences in Germany and Poland during their European Public Sphere tour.

A couple of months ago, you started in your project with the ASA programm. What was your motivation to apply for the project?

Katharina: My family is partly from Russia and partly from Ukraine. So, I thought that the project would be a good opportunity to learn more about my grandfather and Ukraine and at the same time discuss topics that are important to me. ASA, in general, is an interesting programm, since it is about mutual exchange and cooperation between partners in Germany and abroad. In this way, ASA differs from classical development programmes, in which German organisations often just go somewhere to “help”.

Anna: For me it was pure chance. I saw the application on facebook, in one of my friends feed. I liked the idea of sharing Ukrainian culture and also sharing knowledge about Ukraine that is different to what is shown in media today.

Olha: What was interesting to me was that the project is about sustainability and sustainable development in particular. Since I am working in the environmental field, these are topics that I am really interested in. That is why I decided to apply.

Anna: Ukrainian Vibes is about bringing people together to discuss ideas and wishes for a peaceful and sustainable future within the Europe Union and Ukraine. Originally, we planned to tour through Germany and Ukraine. Since the beginning of the war, the focus of the project shifted a bit. Of course, we were not able to go to Ukraine. That is why we decided to try to make Ukrainian voices heard in different ways and share their voices with European audience.

The project is divided into online and offline events. During the tour, we are discussing four topics: difficult history, civic engagement, environmental consequences of the war and human rights during war time. My personal goal is also to look at what we, as a world society, can do for Ukraine and create a sense of responsibility among the people.

Katharina: Adding to that, our aim is to give people the power to state their thoughts and ideas. As a project output, we are creating a “catalogue of ideas” containing the citizens wishes for a peaceful and sustainable Europe, which we will hand over to the EU parliament. 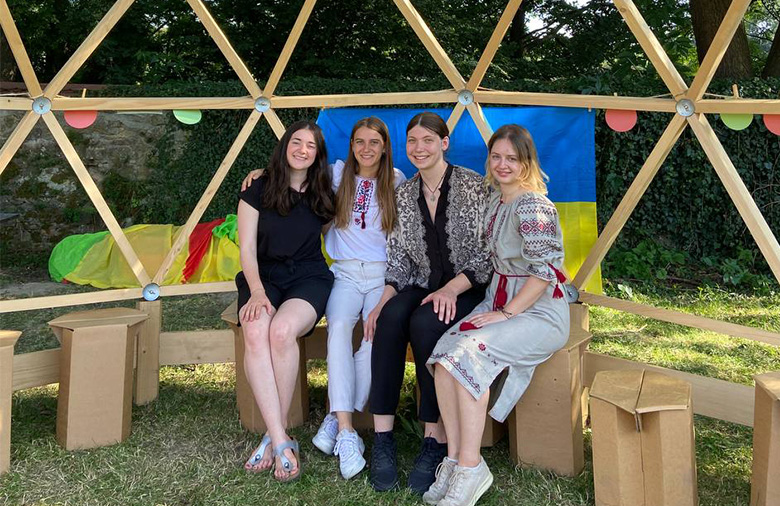 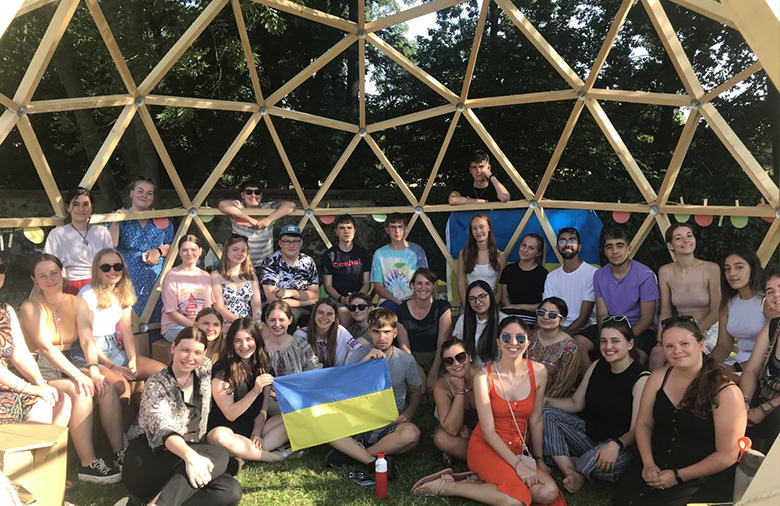 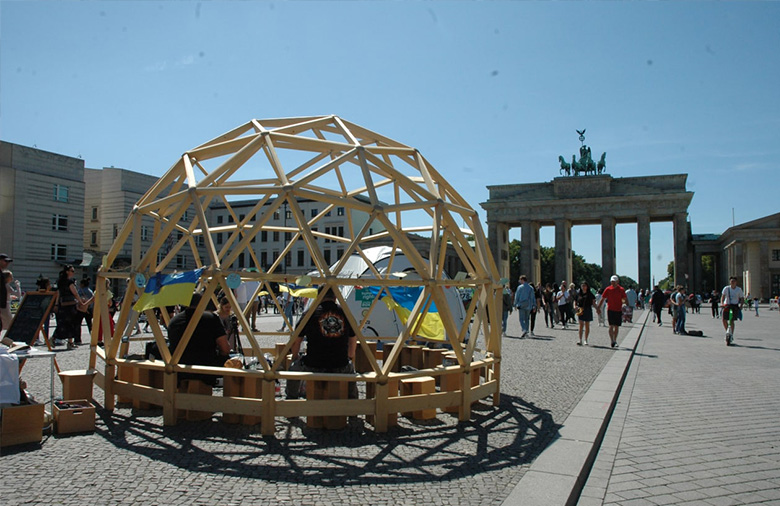 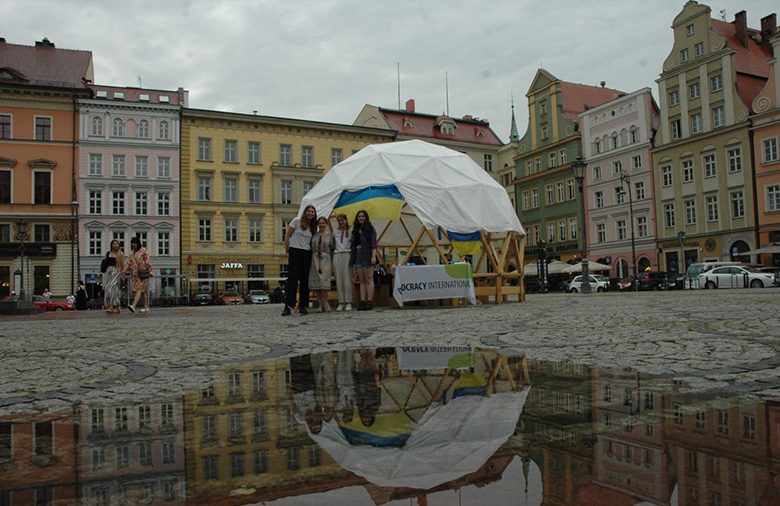 You´ve been on tour travelling through Germany and Poland and promoting Ukrainian Vibes: Could you tell me about your experiences?

Katharina: We started out tour in Cologne and Berlin and ended with two stops in Poland, in Krzyżowa and Wrocław. What made the tour so special, were the people that came to our European dome. For example in Berlin participants from US, Afghanistan, Chile, Syria and Ukraine were discussing and exchanging ideas. It was great to gather so many different perspectives.

Anna: What we noticed was, that we had a lot of Ukrainian participants, but unfortunately not that many people from Germany. Nonetheless, the discussions under the European Dome were really insightful and people shared a lot. One of the main topics was about strengthening civic engagement. We found out that sometimes people are desperate and have the feeling that nothing will ever change. However, always the outcome of the discussion was that there are so many different forms of engagement.

Katharina: A topic that was also mentioned in Cologne was gender equality in times of war. There was an Ukrainian women, who told us about how the war especially affects women. Mostly, they have to manage everything on their own, since the men often fight in war. That was really moving.

Olha: For me one of the most interesting talks we had, was in Krzyżow. Usually we are targeting mainly adults. In Krzyżow our participants were quite young. It was a totally different experience. We expected them to be shy and not willing to speak up. But when they started to talk, they shared pretty interesting ideas and most of them were well aware of the current problems and tried to find solutions on their level. That was amazing to listen to.

How do the online events differ from the live experiences?

Olha: On the live events we were giving people the opportunity to talk about, what they wanted to share. It was more focused on exchange, while the online events also had the purpose to give voice to Ukrainians and their experiences.

Anna: We were really lucky to have found some interesting experts. Therefore, the online events were very interesting for our participants and for us. Overall, the events showed us, that it is possible to create the European Dome online as well.

Which learning experiences did you have?

Anna: The best part was just meeting people and talking to them. Educating each other through live conversations, that is what the experience is about.

»The ASA seminars gave us the opportunity to meet people from different cultures and to share experiences.«

Olha: It was really nice to see, what the other projects are about and our tutor supported us during the learning process.